I was casual friends with a lady named Mary, who worked for the same company as I did.  I was working in sales in one of our field offices when she was diagnosed with ovarian cancer.  It was at stage 4 when diagnosed.  She’d been having abdominal pains for a while, and ignored them as long as she could.  Even after going to the doctor, ovarian cancer was not considered for some time.  Both of her parents had died of cancer.

She had surgery and chemo and returned to work.  I’d get reports along the way, sent a card, but was pretty uninvolved.  Then I transferred back to a job in our home office.   I saw Mary pretty regularly and would generally stop by and get updates on her condition.
On one of those visits I found out that she was going to Duke for an appointment with an oncologist to talk about a bone marrow transplant.  At some point in the conversation I found out she was going alone.  She had a husband, a mother-in-law, and a teenaged daughter, but none were going with her.  I thought it was strange, but mostly felt that was the kind if appointment you didn’t go to alone.  I offered to take the day off work and drive her there.  She agreed to let me.

I figured I would be in the waiting room reading magazines when she had her appointment.  To my surprise she asked if I would go in with her as she talked to the doctor,  This was in the early days of bone marrow transplants and they were highly experimental for ovarian cancer.   Mary barely said a word during the appointment. I started asking a lot of questions.  (Yes, never go alone to this type of appointment!)  I felt like she needed as many facts as possible.   The picture painted was bleak.   But still, there were no other treatment options. She had a 16 year old daughter.  To me it was her only possibility to live to see her daughter grow up.
When we were driving home I tried to go over everything with her that was said.  She hadn’t comprehended much.  She asked “What should I do?”  I looked at her in disbelief.  “You have to do it,” I said. “It is your only option.” Those words haunted me later and sometimes still do.  Though looking at it logically, I still think it was the right decision….most of the time.
After that I couldn’t help but be involved.  They started her intensive chemo right before Thanksgiving (to kill her bone marrow before they re-injected what they had harvested.)  I remember driving from Greensboro to Durham to see her before I went home for Thanksgiving with my family.  She was oblivious to all around her during that time, but I wanted her to know I came by.  I suited up (you had to be totally covered back then) and walked in her room.  She was lying in the fetal position, totally alone.
I was shocked that her family wasn’t there for her.  Actually I got angry.  My family would have never let me go through something like that alone.  I learned through Mary’s illness that life can be very complicated.  I learned she often told them to stay away. She spent a lot of time alone through this process.  I think she was trying to protect them.  They did as she asked.  I don’t think they should have.  But like I said, I learned it was complicated.  (Probably the subject of a future blog.  An interesting topic!) 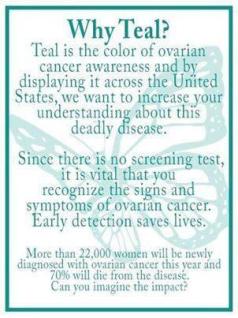 Anyway, back to that rainy night before Thanksgiving.  I left Mary a note.  Told her I was there as she slept, I was praying for her, and would be back in a couple of days.  When I went back, she was in bad shape.  It was difficult to see.  But she was able to talk to me, and I felt like she was getting better.  And she was better on many visits.  Yet on another visit she looked at the point of death.  Another co-worker was with me on that one.  It shook us both up.  She was so pale she didn’t look human.  She was talking to us, but not making sense.  Mary was scared….I could tell. I was scared.  In my fumbling for something to do or say, I started opening the mail that was on her table and reading it to her.  Christmas cards, get well cards.  It calmed her a bit.  The nurse finally came in and gave her a transfusion.  Not sure if it was whole blood or platelets.  What I am sure about is that it saved her.  She came back to life before our eyes.  We almost cried in relief.  Before we left that evening, Mary was able to carry on a normal conversation.  I became an even stronger advocate for blood and platelet donation, easy things people can do to totally bring back someone from the dead.
Mary had a lot of good days and a lot of setbacks.  It seemed to be two steps forward, three steps back, for quite a while after that.  She remained pretty serene throughout.  We had good talks and she accepted God’s will, whatever it would be.  Probably way better than I would have.  Sometimes she thought she would live, others she wasn’t quite sure.  But she was happy with a chance at survival.
Mary lived a little over a year after her transplant.  Not all of that was good time.  Like I said, sometimes I wondered I’d I steered her wrong.  But really I know that as a parent she wanted to be there for her daughter and needed to do all she could to try to live.  And while she was not able to live to see her daughter graduate from high school, she was able to plan and pay for her daughter’s graduation party.
I can’t remember what year Mary died, but it has been around 15 years, I think.  Since that time it appears to me that very little progress has been made with the diagnosis of this disease.  While it’s not usually a real fast growing cancer, because it’s usually later stages before symptoms show up, often women get diagnosed too late.  There is no routine screening…a pap smear doesn’t do it.

We have teal ribbons all over my home city of Statesville this week to draw attention to this disease that is so difficult to catch in the early stages.  Two ribbons are in memory of my friend Mary, whose life and death changed who I was and who I want to be. One of them is in honor of my niece Sara, who survives and gets to mother her three children and create new dreams for herself.  The 4th is in my own name, because I wanted to publicly say I’m on the team to fight this disease, and to educate women…and men….so together we can find better and quicker ways to diagnose and treat it.
Please learn more about it, listen to your intuition when something doesn’t seem quite right with your body, and listen to your friends when they talk about what’s not feeling right with them.  Learn the symptoms many experience, learn the risk factors, but also know that as with most diseases one size does not fit all.  Talk to your medical provider and if you feel they are not taking you seriously, find a new one. You and your doctor (or other health provider) should be a team….and diagnosing what’s going on takes you talking and them listening.  Even if you feel a bit silly saying “Something’s not right and I don’t know what it is”….say it anyway.

I really wish Mary would been more aware that both of her parents dying of cancer increased her odds and had learned some of the warning signs of cancer.  She didn’t.  She was quite uneducated about it all.  If others in your family have had cancer, often it means you are at a higher risk.  But even those of you with no cancer in your family, know you can be the first.  It doesn’t only happen in high risk families.  None of us are immune.  Get physicals, get screenings, pay attention to your body, and talk to your doctor/provider.  And help others going through it…..in whatever way you can.  As a first step, just by being there.  As a second, being educated. There are many Marys who can be saved…..I believe and I hope.

If you haven’t seen Hope’s Wing’s Faces of Cancer video, watch that.  It features some people I love and is very compelling.  (http://www.youtube.com/watch?v=UAOj1wvB36w)