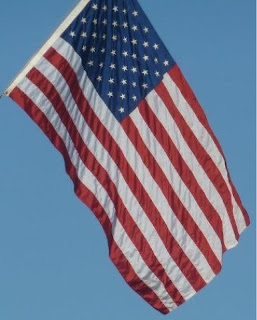 I think often we forget the name of this holiday is Independence Day. A great thing to celebrate. So much more than the 4th of July. Different than simply a day to celebrate freedom (which isn’t so simple at all and definitely worthy of its own celebration). I forget the distinction myself often and in doing so I think I have missed an important lesson that it is worthy to re-visit more than once a year.

So many things bind us, both actual and imagined. We make the decision every day as to whether we will continue to answer to these things. They’re not all bad. In fact, I would say that often the toughest things to break away from are those things which are inherently good. Some of the ties that bind us are made of pure love. They make us feel secure. They give us support to get through the day. They have given us strength in the past and made us what we are today.
But sometimes they also keep us from growth. They keep us from being brave. They keep us from being all we can be.
I remember when I graduated from college and it was time for me to truly support myself for the first time.  I have to give some credit to my parents here….as supportive as they were, they raised me to become independent. That’s healthy parenting. I am sure there were many nights they worried. Though they did bail me out of a few financial issues, like a broken-down car from time to time, mostly they let me work it out myself. Yep, I resented it sometimes. I like being dependent. At least for some things. But having to face the fears of growing up is what gave me confidence….and pride….in my ability to handle an awful lot on my own. It gave me the ability to do more and be more.
When I was in my 20s I had a boss who still supported his children who were in their 40s. He paid their rent (or let them live in properties he owned), he paid their car payments, he paid for numerous college experiences that they either flunked out of or quit. He knew my paltry salary, and after a conversation in which I was telling him about some of my dollar stretching strategies he said “So your parents don’t help you with your bills at all?”  I laughed and said “No!” He said “How did they do that?” I said  “They don’t give us an option. They taught us that we’re not owed anything. We work for what we get and if we don’t have the money for it, we don’t buy it.” (To tell you the truth I don’t think I had consciously known that myself until I told him!) I could tell the whole idea of this was foreign to him.
Lately I have been thinking a lot about some of the things that bind us. Opinions. Expectations. Relationships. Jobs. Family. Money. Stuff. Past mistakes. History. Adequacy. Fear. Religious traditions that are not religious truth.
What is keeping you from becoming better, from living your purpose? From what do you need to declare your dependence and move on independently? You were created as a unique individual, with your own worth. Your own purpose. What trail do you need to blaze? Take a lesson from our forefathers and consider, is it time to declare your own Independence Day, and live in “the land of the free and the home of the brave”?
Take a read of what our forefathers were thinking at the time of our country’s independence, which we celebrate today. Does any of it ring true in your life? Here’s to your own personal Independence Day….and life, liberty, and the pursuit of happiness! Let the fireworks begin…and if necessary, let’s blow something up!

The Unanimous Declaration Of The Thirteen United States of America