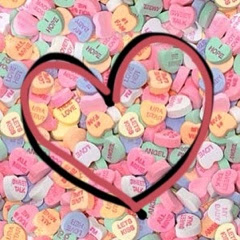 Well, it is the month of February, also known as “Love Month”, and I am going to once again do a little exercise my niece Sara Johnson got me started on several years ago, that actually was the catalyst for me starting to blog. She decided to post a Facebook status about something she loved every day during the month of February and I decided to join her. It was so difficult for this A.D.D. mind to focus on anything for 28-consecutive days, but it was also life changing for me. My life needs a little shaking up right now, both in discipline and to jump-start some areas of my life that are a bit stalled, so though it does intimidate me a bit I have decided to give it another try. I hope you enjoy, and that it even touches you in some way, but mostly it’s a bit self-centered. Let’s see how it goes! Feel free to talk back to me….I love comments…or I challenge you to give it a try yourself!

I love ENCOURAGEMENT. I would define encouragement as noticing what is good, and feeding and watering that good thing so it grows. You’d think it would be something that would come naturally to us, but in our myopic self-centered lives sometimes we forget that folks need our support, just as we need the support of others. Even those who appear to need no one can be boosted by a smile or kind word of understanding. Most often we are not intentional in offering words or gestures of grace. Busy-ness, worries, too much self-indulgence, too much time and attention spent on things that bring us no value, putting our nose into things that are none of our business… these are all the enemies of an encouraging spirit.

True encouragement must be based on truth. I can’t stress that enough. Heartbreak often will come to people down the line if you encourage something not bathed in truth. You are doing harm, and not good.
I was standing talking to someone one day when a woman entered the room. The woman I was talking with said to me “Look at that ugly dress.” When the woman, who was a “friend” of hers, walked by us she hugged her and said “Hi girl….I love your dress.” Anyone who knows me knows it put me in a state of crazy. There are so many things she could say to this woman that were positive and truthful, but she chose the thing that was a lie. Cheap encouragement. In my mind it was a negative passive-aggressive comment, not worthy as a gift to a friend. Reminded me of who I don’t want to be..and that my personal motto should be “If you can’t say something truthful, say nothing at all.”
On the other hand, if you see a friend wearing a dress that makes her look awesome, telling her so is a gift that goes beyond the few words spoken. That is what reinforces her esteem truthfully. It is info that she can use to create her personal style, figure out what best complements her body. It allows her to trust in the truthful words of those who care for her.
Children need encouragement too, and often we are a bit stingy with this encouragement. We tell them they look beautiful and handsome, we tell them they are smart, we tell them they are the best in the world….at everything. Yep, it makes them feel good at the moment, but what does it do to them for life? I’m actually OK with a few rounds of beautiful, smart, best in the world (because I think with children they are truthfully these things to us), but then I think there needs to be another layer. We need to help them discover what is genuinely special about them….and sometimes we need to encourage them by teaching them how to make this special shine.
Sometimes our encouragement needs to be more than words. Suppose there’s a little boy that wants to be a great baseball player, but doesn’t appear to have a lot of natural talent. True encouragement is not telling him he is the best player on the team and the coach is wrong in not playing him (though you are allowed to tell him he is your favorite!) Encouragement for him may be taking him out and teaching him to be a better ball player. Showing him how you improve skills and being willing to lend a hand until he becomes better. Giving encouragement that goes beyond a few insincere words, is a great gift indeed.
We don’t just encourage people….we can also encourage other things in the world we think are good. You say you hate cancer….how do you encourage the eradication of that disease? Maybe you fundraiser by joining a team for something like Relay for Life, maybe you take a meal to a cancer patient, maybe you drive someone to a chemo treatment, maybe you educate people about the disease, maybe you study to be a researcher or pay for the education of someone else who has a passion to study for a career in that field. You encourage the cause you believe in….the thing you believe will make a positive change in the world.
I have always loved Barnabus in the Bible. There was this guy named Saul whose life mission became to persecute Christians. Scripture says even when he was a young man he was at the stoning of Stephen (evidently in full support.) He later arrested Christians and put them in jail. He wanted them killed. Then one day as he was traveling to Damascus he had an encounter where God changed him. His mission became to tell the world about this God he had come to know. To help Christians instead of hurt them. You can imagine how easily everyone believed that transformation story! But Barnabus….he listened to Saul. He believed him. He put his reputation on the line when he took him to the apostles and vouged for him. Barnabus believed God could change a man, and his faith in Saul enabled him to become one of the great writers and teachers of the Christian faith, who we know as the apostle Paul. Barnabus shows us that encouragement is so much more than words….and can not only change people today, but the impact can change future generations.

We live in a world of discouraged people….who naturally discourage others. The discouragers drain the world of the good, the positive. They stifle potential. You can damage or kill a person’s spirit, or you can help it soar. Encouragers…..I love you and what you bring to the world. I see you in action and you encourage me. Those who haven’t been good at encouraging in the past, you can change. Get out there and plant and water the good things. You just may find you have a green thumb when it comes to boosting the spirits of others. Don’t just let it happen by accident. Intend to be an encourager.