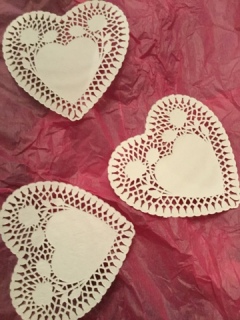 “But the world is full of zanies and fools, who don’t believe in sensible rules, and won’t believe what sensible people say and because these daft and dewey-eyed dopes keep building up impossible hopes, impossible things are happening everyday.” – Sung by the Fairy Godmother in Rogers & Hammerstein’s Cinderella

“Jesus looked at them and said, ‘With man this is impossible, but with God all things are possible.'” Matthew 19:26

I love being a godmother.
Years ago when my friends Barb and Steve asked me to be the godmother to their children, I was caught by surprise. They asked me to take some time to think about it, because it also came with the responsibility of guardianship should something happen to the two of them before their children were grown. I needed no time. It was an honor, but also as a friend who was already bonded to them like family I would have done almost anything they asked of me. To be the caretaker to their most precious treasures and try to raise them as they would, with not just a knowledge of the God we worshipped, but reinforcing the memories of who their parents really were? Of course I would.
I evidently had my own godmother, a friend of my mom’s who they chose because of her unique way of looking at faith. Truth was she didn’t take the responsibility seriously. She was there for my christening, but when my family moved away, she did not make an effort to stay part of my life. As one of five children, and the only one with a godmother, I would have appreciated having that special relationship. So like it or not, my godchildren Jonathan and Shannon have me for life.
Spiritually I am a somewhat unique choice. I am never someone who will force my faith on other people, though I do consider myself an evangelical. I figure if God gives people a choice as to whether to follow him, so do I. Yet I don’t quite understand how you could have a faith that is private if it is the center of your belief system and responsible for how you view the world and the decisions you make in it. To me it is a natural part of who I am and I am quite open about it. I hope others see what I believe reflected in my life and I hope it encourages them to seek God instead of turn away from him..

That being said, Jonathan and Shannon are on that list of people who cannot escape being the subject of my prayers. They have the choice of what and how to believe, but I will always be praying they be led to truth. Like it or not, this prayer warrior will always be in the trenches for them. I think they know I am firmly in their corner and few people will ever love them more than I do. God knows that, too.

I may sometimes be closer to the Fairy Godmother in Cinderella than what other godmothers have been by tradition, but since my godchildren share my quirky side and somewhat odd humor, it works for us. I think the message is the same. They are both smart, creative, funny, loving, and kind and I am quite pleased with the way they have turned out so far.

But as their godmother I hope…
They did not get the traditional godmother, but they did get one who loves the Lord and who loves them. And while I may have been most influenced in my role with the godmother I knew best, Cinderella’s, I hope God has used it in their lives. It’s a fun “job”….and not over yet. Look out!