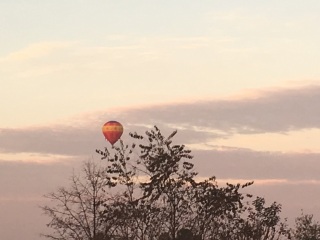 I’m currently frustrated with people. I don’t like them much.

My current inclination is to hole up and not engage with other people at all (well, other than my family and a few close friends. That friends list gets shorter by the day.). I’d be a hermit of sorts. Stay home a lot and read or go out to hike in beautiful places of solitude. It would make life easier. It would be far less frustrating. It would be peaceful.

But there are days I simply want to give up.   Now more than any time in my life. People I have respected are supporting this rude, thoughtless, unloving, unkind behavior, and engaging in it way too often. It hurts my heart.

We have become such a rude, intolerant people. We spout, but don’t listen….unless it is to slam the other speaker, for what we thought they were saying, because we certainly didn’t listen beyond their first sentence. We take facts out of context and espouse them as truth. We do no fact checking. We speak far and wide on subjects on which we have not educated ourselves. We don’t care whether what we are saying is right or wrong. We only care about scoring points and winning people to our side. It’s all about the spin and the win. The manipulation. We know we are right…..and our minds will not be changed. There is little civil debate. It has been replaced by personal attacks and mocking and condescending attitudes. There is no thought that perhaps we don’t know it all and maybe if we talked to people…..those who believe as we do, but also those who don’t…we may learn something.

I don’t want to hear your opinion about our new president because your emotion leads to the behavior already discussed. Your behavior has often rivaled his. Some of you will consider that a compliment. It is not meant to be. If you dislike his style, make yours different. If you like it, take a long hard look in the mirror. Are you really someone who respects this behavior and chooses it for your own?

I wish it was just politics. But it is not. There just seems to be a “mean girl” attitude among both women and men. I despair of the kids being raised to hear some of you spouting off. I’d like to cover their ears…..and ban them from Facebook.

What completely breaks my heart is there are times I feel there is no one to talk to. No people who want to truly find solutions. Strong solutions that come as a collaboration of different thoughts, ideas, backgrounds, experiences, and education.. People who love learning they are wrong at times because it opens up their world and gives them more possibilities for solutions. People who want to make this world better, even if “better” may not be their current vision, or the vision they were raised to believe is “right”.

We bury ourselves in our smart phones and in our small little social circles. We don’t look up to see if we are about to mow someone down. And if we do, we don’t care. It’s their own fault. They shouldn’t have been in our way. We have also forgot the most important part of an apology…..not to just utter the words, but to make a plan to not do it again.

I may not like you at the moment, but I will get over it. Because you are in my world and though I do not like you all the time, I do love you. Let’s reconcile. Let’s put away the personal attacks. Let’s  not focus on our differences, but instead find common ground. Let’s solve problems, one by one. Using all of our knowledge and experience. With open minds, but mostly open hearts. Letting kindness be the rule, and not the exception.

Look in the mirror…..who are you? Have you forgotten? What do you value? How should you behave?

I’m going for love, kindness, and reconciliation. Because I think those things are what will really change the world. Not a derogatory comment about someone’s intelligence, weight, or hairstyle. Those make you look dumb. And I don’t believe you really are. When it gets down to it, if more of us resolve to jump off the crazy train and act as mature and wise adults, something good can be accomplished. In spite of those who choose ridicule and unbalanced rants as their communication of choice.