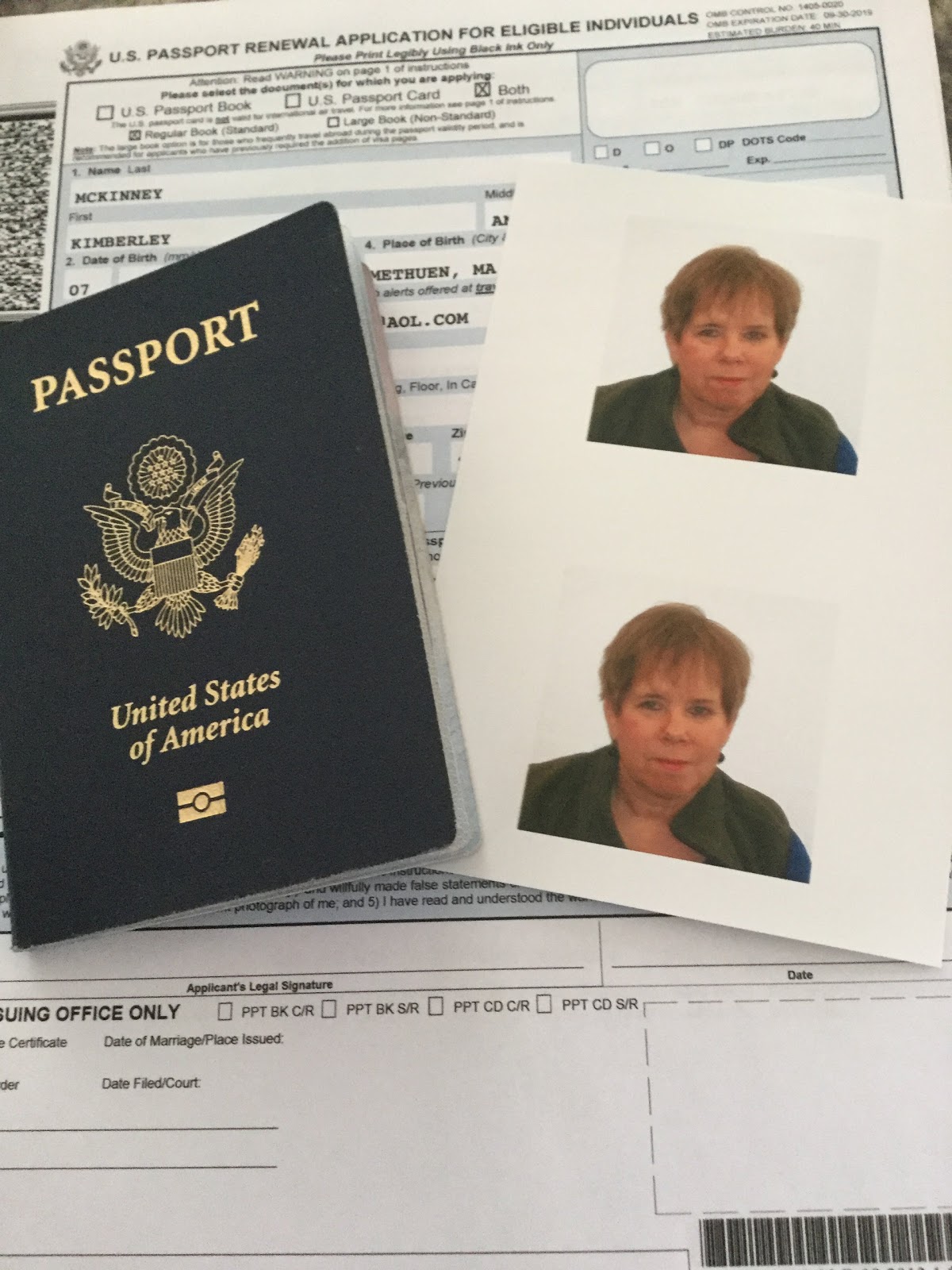 “When you look like your passport photo, it’s time to go home.” Erma Bombeck

I realized yesterday, through our travel agents at work, that my passport expires this year. Not until October, but anyone who travels much knows that as long as it is in the same year some countries will not let you in  (OK, they say within six months, but I have learned to be extra cautious because if something can go wrong, I will find it out . I am easy-going about most things, but could very well stage an international incident over such a thing.

So this procrastinator, who often misses deadlines in her personal life (most recently my car tag renewal), would never knowingly not have a passport in good standing. You never know when someone may say “Hey, do you want to go to Antarctica?” ….and you must be prepared to say “Sure!” (That is the only possible answer, from where I sit.)

But today as I was waiting at the CVS, where I believe all of the passport photos of my adult life have been taken, I remembered a Dad story. I don’t think there have been many, if any, days of my life since my dad has been gone that something hasn’t brought him to mind.

Dad was almost always calm, cool, and collected…..and seldom wrong. He also was a bit thrifty. Some of you are grinning because you know I inherited that particular trait. It was time for Dad’s passport to be renewed and he thought “Why should I go out and pay someone else to take a passport photo of me? I’m a pretty good photographer.”

So Dad read all up on all the requirements…..he was the type who would not miss a detail (I did not inherit this trait.) He knew the backdrop he needed, he knew the size his head needed to be, he had each and every detail down. He set up a white sheet with a chair in front of it, set up the tripod, and started the process of taking his own picture. He found it wasn’t quite as easy as it looked. This was back in the days of film, so there was film cost and processing that needed to be done. Dad kept making adjustments and taking more photos until the roll was ready to be developed.

When Dad got the pictures back, I don’t think one was usable. The pictures were hysterical. Sometimes it took before he was seated. Sometimes he was leaning one way or another. Sometimes you could see the sheet draping, and other times wrinkles in it. Yes, we laughed until we cried. Not Dad….he wasn’t around when we saw them….the rest of us. I think he had left them on the counter. And yes, our mom was the ringleader.

If I remember correctly, that did not stop him. It just gave him more data to make sure he got it right. He got the picture.

So me….CVS has always been my passport place, because I learned from Dad how I didn’t want to do it.  Even after all of that, and knowing my inability to do anything crafty, Dad would have still told me I could do it myself. Most who know me, know better. Sometimes his faith in me was misplaced.

I wanted to hug the young guy who took my picture today when it was over, not because the picture was so great, but because the process was fun. He had to remind me “You can’t smile”…. which made me purse my lips in a way that makes me look a bit suspicious. We laughed after he took it and I really had to laugh when I saw it. I may be patted down or strip searched in my future, because of that look on my face. But my photographer was proud of his work But he further said “They do call them mug shots. And they’re the ones who say you can’t smile, wear glasses, or have your hair in your face.” I rolled my eyes at him a little, but acknowledged “I’ll be traveling. If I looked too good they wouldn’t recognize me.”

Thrifty me found a $2 coupon online when I checked to make sure CVS still did took passport photos (since it had been 10 years.) So I didn’t pay full price….that is a good thing. And truly….as bad as my photo is, I know Dad’s were far worse. Sometimes ‘Do it yourself” is not smarter or cheaper.

Now to mail it all in and get ready for more adventures. It’s fitting I am doing this in February. Is there anything I love more than travel? A few things, but not many.