“No one is actually dead until the ripples they cause in the world die away.” – Terry Pratchett

“There is a sacredness in tears. They are not the mark of weakness, but of power. They speak more eloquently than ten thousand tongues. They are the messengers of overwhelming grief, of deep contrition, and of unspeakable love.” – Washington Irving

“You will lose someone you can’t live without, and your heart will be badly broken, and the bad news is that you never completely get over the loss of your beloved. But this is also the good news. They live forever in your broken heart that doesn’t seal back up. And you come through. It’s like having a broken leg that never heals perfectly — that still hurts when the weather gets cold, but you learn to dance with the limp.” – Anne LaMott

“And we wept that one so lovely should have a life so brief.” – William Cullen Bryant

A kid from one of our local high schools died today. By all accounts, he was a young man of great promise. A football player who had already decided he wanted to be a minister. Someone who was kind to all. Someone who will be missed by many. It was an accident…he fell out of a truck. The details are really unimportant. My heart hurts for his family and friends.

His classmates. They’re on my heart. I remember when I was in high school and lost one of my friends. He, too, was a football player. He took an exit ramp too fast and would never recover. It was our junior year. I found out in church he had died. I’d thought perhaps he was doing better since I hadn’t heard anything, so it caught me off guard. One of my classmates told me. I sobbed throughout the service. I was sitting in the choir loft. It was a church where there was compassion for that.

I’ve blocked out a lot of what happened during that time, but I do remember our friends clung to each other. A lot of crying, a lot of hugging. I remember a full to capacity biology classroom where we had our normal “Bible Club” meetings. Students sobbed as we prayed. Did we have onsite counselors? I don’t think so. We had our teachers and our parents and our friends. They were the ones who grieved alongside us. Much of that school year was eclipsed by missing our buddy. The feeling of loss would come out of nowhere.

As I get older, death seems like a constant companion. Too many of my high school classmates have died. We’re still in our 50s (well, most of us are.) Nothing reminds you more of your own mortality. There is a weird connection that I have to these people….many that I haven’t seen since high school and only a few with whom I am in constant contact. One of my classmates, Teresa, set up a Facebook group for our class. In life’s crazy ironies, I used that page to announce she was going into Hospice, and then to announce her subsequent death. Because I live in my hometown, people often tell me about our classmates who have died or I see it in the papers. For a while I felt like the angel of doom…having to constantly report news to the group of one of our classmates dying. But there has been a comfort in having that group to go to, sharing that information. We understand. We care. We pray. We grieve. Together.

I wish I had some wisdom to help these kids get through their loss. The truth is what they are feeling is true…..life will never be the same. When you lose one of your people, life as you knows it changes forever. It will be good again. Laughter and lightness will return to your soul. It will be that new normal. But truly, it still gets me in the gut when I think of Steve and his constant teasing and laughter. The world changed the day we lost him. And it has with every other person who has died since that is a part of me. 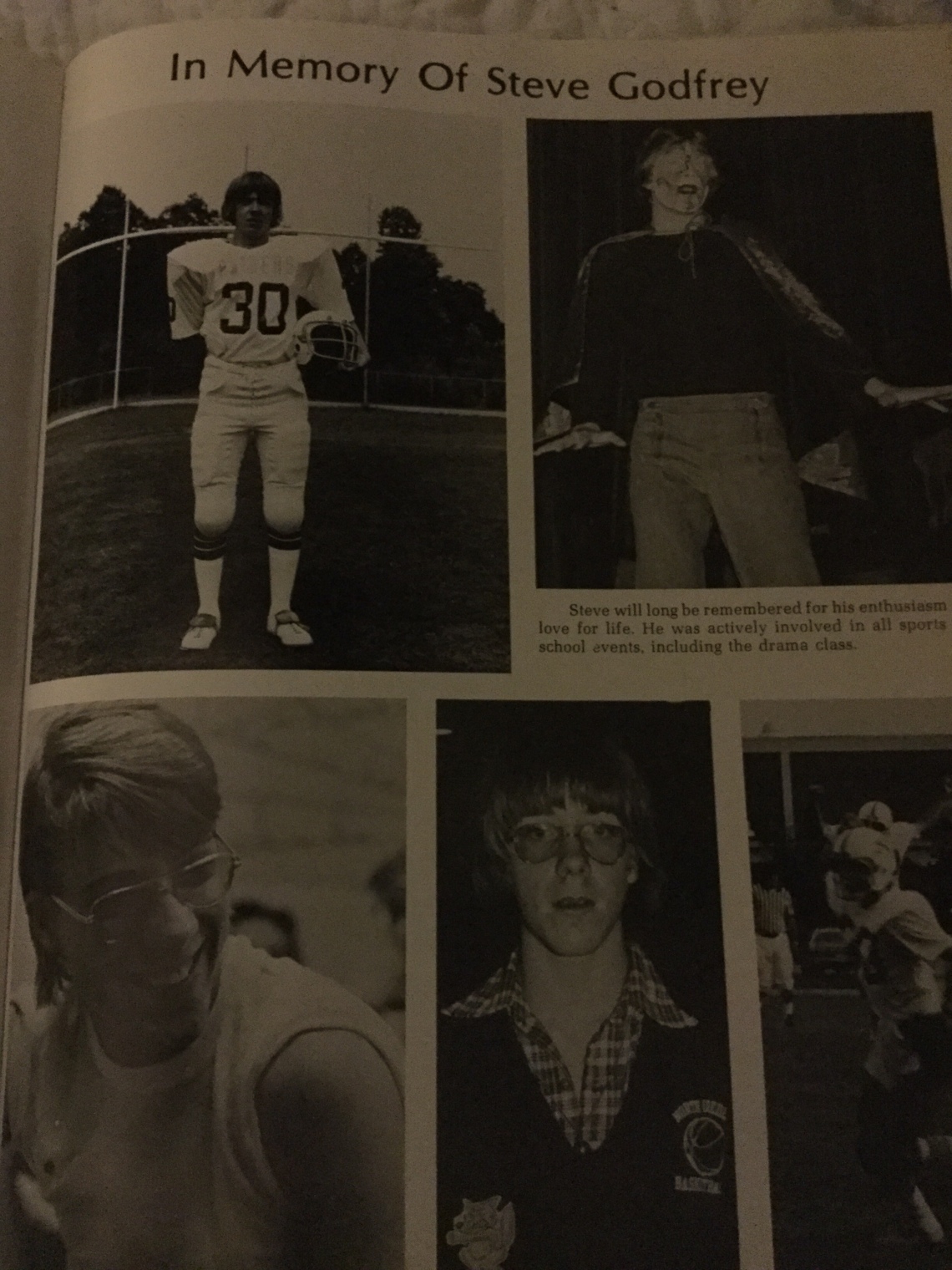 Leave a Reply to the #1 Itinerary Cancel reply