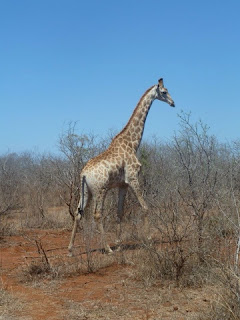 So OK….the rebel who usually won’t do anything that anyone else tells her to do, who is not a crowd follower or someone who gives in to peer pressure over her own judgment, has participated in a few Facebook games recently.  I apologize if I got you to participate unwittingly.  I promise I don’t do another soon (warning to those who will try to make me!)

First there was the giraffe one.  Actually I had heard that riddle before and still firmly believe that “the door” is the answer and will still obstinately give that answer if asked the “riddle”….though the truth is that if my parents show up on my doorstep at 3 a.m. for breakfast, the door opening would be their car door as they either picked another sibling to visit or drove themselves to IHoP! Chances are I would sleep through the doorbell.  But if not, I would call the sibs and we’d probably commit them both to a very nice Alzheimer’s unit somewhere and let them get their breakfast there. (I’d tell them that it was my place, but I had just re-decorated and invited a few friends over.)
I had a giraffe picture I had taken in South Africa that I loved, so very willingly posted it, and yeah… I kept the game going for the rest of you.  Some posted some awesome giraffe pictures….some ignored it.  Either handling was appreciated by me.
But my precious friend Lisa hated having to put her giraffe picture up, and argued about it quite a bit.  Lisa is a rules girl (in some things) so she did it…but hated it (very logically arguing it said right in the paragraph “you awakened”, so opening the door would actually be first.)  I told her, as my former roomie Nancy told me, to suck it up, play the game like everyone else, and be a giraffe. (I don’t think I told her “Or not” as I would tell others.  Lisa clearly needed to put that giraffe picture on her wall!)
So when this next game came around, Lisa waited all day for me to comment so she could force me into action.  (She knew chances were good….I always comment.)  I love Lisa, so felt like I had to continue play and do my penance.  My biggest complaint was posting something with bad grammar and sentence structure (not that I worry too much about my own errors!), but still I felt like that was a funny part of this particular game so I did it.  (I will proudly note that some participating friends cleaned up the errors before they posted.)
I carefully made my choices among those given.  Lisa chose the one about being invited to be a prostitute, so that one was out.  Another friend had used the 42 relationships.  I started to use the one about my mom setting me up on a blind date (at least I think that was what they meant!), but figured (wisely, I know!) that my mom would get calls for details of the fix-up and that she would retaliate by actually doing it.  We all know that would not turn out well!  I thought about using the one about being in love with my ex, but knew that would generate lots of comments about my lack of love life over the years…and don’t I get enough of that already?  (Most certainly!)  So I thought the “I like someone, what should I do?” one was benign enough….and I thought that everyone knew I already had the answer to that (“Run in fear in the other direction!”  What?  That’s not right?).   I thought I was safe.
I was overwhelmed with the responses (some which appeared on Facebook, others that private messaged me or texted), but also so touched.  I do have the most caring group of family and friends…and a few others that love the opportunity to make fun of me as often as possible (my college roommate Ann’s response was “Oh….I thought you were hacked”…though I could also tell the other possibly was that I was having a mental breakdown.  But regardless, she did message me!)  It did show me that in the interest of living up to my promise of living out loud, I need to do another blog about my romantic life.  Stay tuned for that soon.  (Yea!  My favorite subject!  Or not.)
If you were one of the “participants” of these games, I think there is much for which you can be proud.  You stuck your neck out ( 🙂 ) to give an answer, even if you could be wrong. Yeah, I know you some of you knew (thought) you were right, but that is beside the point.  To contribute to any dialogue, even a silly one such as this one, you put yourself out there a bit. How better our world would be if more would try to solve the riddles?  Especially smart people like you!
You also were willing to give a friend advice, encourage her, and be happy for her.  That shouldn’t be a rare thing, but it is.  I obviously am surrounded by people who do that. What a great fortune to have people who will stand with me in the bad times and rejoice with me in the good.  People who are willing to invest in me and advise me.  What a tribute to your life that you are that kind of person.
I guess when it gets down to it, we can add a new beatitude.  “Blessed are those who participate in life, for they will experience what it is to live.”  We can learn from all experiences, even silly Facebook games.  For me, they are just another reminder that life is good…as are the people I am blessed to know.  Like I said, I probably won’t be playing another any time soon!  But my giraffe picture….pretty cool, huh?!