For as long as I can remember, I have been a reader.  I think one of the side effects is that I often see the world through the eyes of fiction.  It’s not really a bad place to be….in fact, I feel sorry for those of you who don’t spend a lot of time in the world of your imagination.

Now, I don’t shirk from reality…I believe in meeting it head on.  But I don’t want to spend all of my time there.  I have found it is quite easy to combine the two.

My friend Debbie and I have a lot in common. We love hiking, kayaking, ballooning, and volunteering, for starters.  At some point in our friendship we started talking about Disney Princess moments. You know the kind…..butterflies floating around your head, birds seemingly singing their songs to you, squirrels stopping dead in their tracks like they know you.  When she heard me speak of this, Debbie is one of the few people who just “got it”. She didn’t didn’t roll her eyes at me or think I was totally wacky.  We’d be out hiking, and butterflies would be everywhere and we would know….it was just for us.  We’d breathe deep and enjoy the special time.  An appreciated moment.  A time of gratitude.  I get calls from Debbie on occasion saying “I just had the best Disney Princess moment….”  A sure way to make me smile because I know she is noticing and loving life.

Debbie got married today, to her Prince Charming Tommy.  The weekend of their proposal was several months ago.  They were in the mountains and well, everything didn’t quite go Disney perfectly.  But Debbie said yes, in spite of the missing Disney factor. The next day they were out and about in the mountains…oh, I forget the story exactly.  Lots had gone wrong along the way, and for some it could have been a “crash and burn” weekend.  But then it happened. The scenery was perfect.  Relaxation and peace surrounded them.  Nature was at their beckoning and the Disney Princess had her moment where she could almost hear the soundtrack playing in the background.  It had just happened on a bit of a delay.  But it was confirmation that the engagement was right and marriage was going to be wonderful. 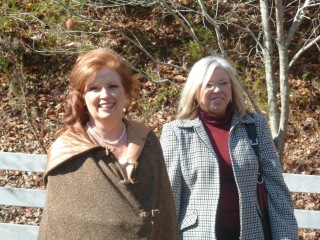 Today at their wedding the Disney Princesses had nothing on Debbie.  Debbie was one of the most beautiful brides I have ever seen.  She and Tommy both radiated joy.  The trees were that gorgeous end of fall color, the sun was shining, the air was invigorating, the water in Lake Norman actually looked blue!  At one point afterward we were talking about how we were a bit confused that the butterflies hadn’t swarmed the ceremony.  I guess they figured there was enough beauty there, and they were needed to brighten the world elsewhere.  We Disney Princesses understand and support that sort of thing.

The other week I went to have lunch with my friend Mandy, and her amazing 3-year old triplets. Mandy is quite the Disney Princess herself.  She was at a point where getting pregnant looked like it wasn’t in the cards, and at about the last moment of hope she finds out she is pregnant with Babies A, B and C (also known as Maty, Isla, and Chapel).  Now she’s pregnant with their brother….another magical surprise.  Fitting for a Disney Princess. 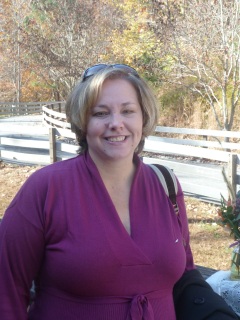 The triplets are going through their own Disney Princess phase and when I was there we dressed them in princess outfit after outfit. They’d try one on, live in it a minute, and try out another one. I loved it.  I am glad that they are living in a world where they can be any princess they want to be. Some people may scoff at the whole idea of raising your girls in Disney Princess world…..thinking women should not base their lives on a story where the woman’s life only has value when she is saved by a man.  I have never seen those stories that way…I see women who are not just beautiful, but strong and kind and smart.  They could rescue themselves from any situation they needed to.  The prince saves them, but they save the prince’s world, too.  They make a good team.

I wish Mandy’s girls, and all women, would continue to see themselves as a bit of a princess.  I wish they would see all of God’s creation dancing in their wake.  I wish they would be brave, and resourceful, and smart, and kind….a bit naive, but street wise enough that they notice the wicked witch or the ogres hanging about.  I wish they would not wait on their Prince Charming to start their happily ever after, but take responsibility for making it happen for themselves.

And if Prince Charming does come around, I hope they test him a bit…and make sure he is authentic.  He should be the kind of Prince that would travel far and wide just to return their shoe.  He’s no Prince Charming if he is not kind to his princess and if he is not her biggest defender.  He’s not a Prince if he doesn’t see and respect the princess in  front of him. But if he is the real deal, I hope she grabs him up and appreciates who he is, too.  I hope she doesn’t just let him adore her, but that she also adores, protects and defends him. And together I hope they realize happily ever after is made in the choice of how you live every moment and requires a bit of work.

I love how Tommy looks at my friend Debbie.  I know he sees the woman she is and appreciates it.  It’s a special kind of joy to see your friend receive that gift.  But Debbie was a princess before she ever met Tommy.  She endured a lifetime of living, a few big obstacles in her path along the way, and came out strong.  The butterflies swarmed her path, the birds sang, the squirrels noticed their friend….because God’s creation is in harmony with those who live their lives well.  She is the daughter of a king, a princess worthy of the title.

It’s been a fun day, a time when reality and the storybooks are in one accord.  I wish for you, for all of us, a happily ever after.  The kind that requires we open our eyes and notice what a wonderful world this is and how blessed we are with the lives we have.  Where our fairy godmothers (who may look nothing like the ones we have seen in movies) come out of the woodwork to help us, and our kindness and goodness changes the course of lives…both own and the lives of others.  Sometimes you are the Disney Princess, sometimes you are the Prince, and sometimes you’re the Fairy Godmother. Regardless, “impossible” is not a word we have to take seriously. Because we’re read the books.  Anything can happen.  And the ending is going to be really great!