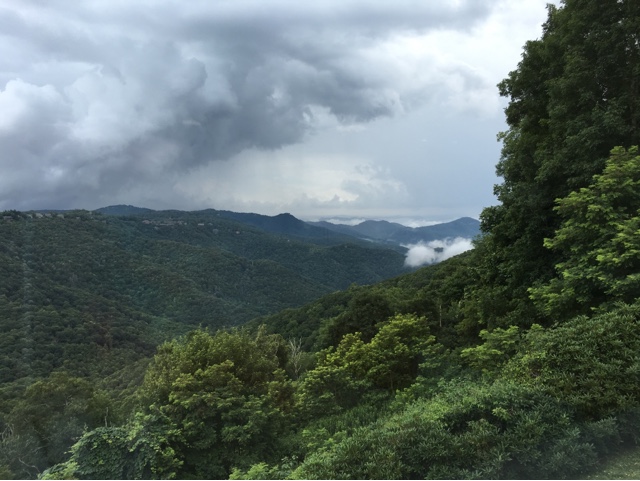 Someone is giving me the silent treatment. It came out of the blue. They were someone I considered. a good friend and confidant. We had had a series of fun conversations over the course of a weekend several months back as they

traveled around and told me what they were seeing and doing. We had our last conversation that Sunday night….pleasant and nothing unusual, that I noticed. The last thing they said to me was “I’ll call you tomorrow.” They didn’t call, nor have they called me since.
I was first worried about them when I didn’t hear from them. I tried calling them. I left the “Are you OK?” message. I finally realized it was an intentional thing. They were ignoring me. Because that was what they chose to do.
Believing in positive confrontation, I tried to find out what was going on. Phone messages and texts got no response. I’m not naive enough to believe everyone has to be my friend. That’s impossible, isn’t it? I didn’t even want the friendship to continue if that was not what this other person wanted. I’ve blogged before about my rules for friendship….someone has to be in my life by choice and because they both like and respect me. If not, there is no need for them to be there. But this was someone I thought was a close friend. Someone I confided in. Someone I told things I hadn’t told other people.  Leaving my life without a word hurt me. It threw me off-kilter. It didn’t line up with things that I thought I knew about this person. I thought they really cared about me and were indeed a true and reliable friend. Someone I could count on. The idea that I possibly had trusted and confided in someone who wasn’t worthy of that honor (and it is an honor)….it sickened me.
I questioned myself. Why? Had I done something?  Examining it, there was nothing of which I was aware. Had I completely mis-judged them and they were just an insensitive jerk? Maybe…..but I’d like to think that after a period of time I would have a good grasp on a person’s character. I realize that sometimes people never let you see the real them. Maybe that was the case here. I have no clue. It remains a mystery.
Truthfully I did not question myself very long about my part in things. I know certain things about myself. I am a good and loyal friend. I am one because I choose to be. I am one because I am willing to work at relationships, confront lovingly when necessary, and extend grace and forgiveness if needed. I am not perfect, but am also not friends with perfect people. And fortunately I have plenty of wonderful friends who are faithful and true and willing to work for good.
Examining further, I am not the only person who this person has shut out of their life. They have shut out someone who was a far better friend to them than I ever had the chance to be. They say it is that person’s choice. I have never believed that. And if it was,  knowing the kind of friend this person was to them…..they should have done all in their power to reconcile and get that person to change their mind. From what they told me about the situation, they were wrong…their friend wasn’t. They treaded on territory that was not really their business. Not that they couldn’t give an opinion on it, but that person did not have to agree with them or change anything in their life because they thought they should. You should be able to give friends your opinion (lovingly), but they are under no obligation to take it. Ever. Respecting your friends means you respect their right to make decisions for themselves.
In my opinion, you never shut platinum friends out of your life (I call “platinum” friends those who have been there for you in the worst of times and inconvenienced themselves for your good) ….unless they become “bad friends” and do not treat you with honor and respect. I did not see that being the case here. (Though my disclaimer…I was not there and this was not my relationship, so I don’t pretend to know if my opinion is correct. Just another thing that came to mind as I analyzed the situation.)
Being the Googler I am, I Googled “silent treatment” one day. There was a lot of interesting stuff there, but nothing that indicated it could ever be emotionally healthy for anyone involved. It is a passive-aggressive form of behavior usually used to inflict punishment. It’s a power play. It’s used by abusers and narcissists, and people scared to confront in a healthy manner. Wikipedia even said it was used to inflict punishment on prisoners in the 19th century.
An article by Andrea Schneider at good therapy.org said “The silent treatment is a form of emotional abuse typically employed by people with narcissistic tendencies. It is designed to (1) place the abuser in a position of control; (2) silence the target’s attempts at assertion; (3) avoid conflict resolution/personal responsibility/compromise; or (4) punish the target for a perceived ego slight. Often, the result of the silent treatment is exactly what the person with narcissism wishes to create: a reaction from the target and a sense of control.

The target, who may possess high emotional intelligence, empathy, conflict-resolution skills, and the ability to compromise, may work diligently to respond to the deafening silence. He or she may frequently reach out to the narcissistic person via email, phone, or text to resolve greatly inflated misunderstandings, and is typically met with continued disdain, contempt, and silence. Essentially, the narcissistic person’s message is one of extreme disapproval to the degree that the silence renders the target so insignificant that he or she is ignored and becomes more or less nonexistent in the eyes of the narcissistic person.”

Is that what is going on? Who knows? I’d like to think it is more complicated….that there is a valid reason for it all.  A kinder reason. I hope that is the case.

I’m in a good place with things now. Life is too short to worry about such things for long and the last few months have reminded me I have a great group of platinum friends who care about me without the need to play games. These friends will put themselves out to be there with me when devastation hits….just as they do in times of celebration. They want to share my life, my sorrows, and my joys. That is friendship. And that is a privilege….never a burden.

I respect the choice of this person to be silent, and will let them have it. I will always be curious about the why, but that is also theirs to keep to themself if they choose. While I have experienced a lot of emotions in this process (truthfully it happened at an emotional time of my life, so that probably made it seem bigger), equilibrium is back. I don’t have issues with them (well, except for the fact that they have chosen this path and I have no clue how to treat them when I run into them in the future), and I know it’s their issue, not mine. I have responsibility for nothing unless they choose to discuss it with me. And my door will always be open for discussion. I am interested as to what is going on in their head….but unless they choose to tell me, it is their own business. When you care about people, you want to help them. But when they curl up in a ball nurturing their wounds and put a moat around the castle and won’t let you get close, you realize you are powerless to help. For your sake, that has to be OK and you must realize it is not your job to fix it. Unless they ask for help. Then you’re there.

I don’t have the attention span to give someone the silent treatment for long, and truthfully I prefer to face conflicts in a positive manner. This has strengthened that resolve in me. But I share all this with you to ask….are you giving someone the silent treatment? Have periods of that become a habit in your relationships? Maybe you need to think about why, work through it, and have a conversation or two. And if someone is doing it to you and you find yourself obsessing or clambering to find the reason why, move on. Spend your time with those who respect you enough to talk it through.