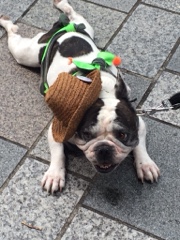 “What is a disloyal act? A person is disloyal if he treats you as a stranger when, in fact, he belongs to you as a friend or partner. Each of us is bound to some special others by the invisible fibers of loyalty.” –Lewis B. Smedes

“Where the battle rages, there the loyalty of the soldier is proved.”– Martin Luther
“I have a loyalty that runs in my bloodstream, when I lock into someone or something, you can’t get me away from it because I commit that thoroughly. That’s in friendship, that’s a deal, that’s a commitment. Don’t give me paper – I can get the same lawyer who drew it up to break it. But if you shake my hand, that’s for life..” – Jerry Lewis

“Some people treat
loyalty as a lamp:
they think, they can
just switch it on/off
and believe,
you won’t notice
the difference…”
– Veronika Jensen

One of the things I have learned in life is to be on the lookout for loyalty. It’s a hard thing to describe, really, but important you learn to recognize it when you do see it. And even more important, when you don’t.

It’s different than friendship, different than love, different than trust….still it must be a part of all three. I love the quote by Lewis Smedes above that describes the disloyal….the friend (“special other”) who treats you as a stranger. When you see that, it’s confusing. Learn to recognize it as an easy indication that they are not loyal to you.
With true loyalty there are those invisible fibers that tie us together to “our person”, our “special other”, “our people”. Whatever the circumstances, whoever may be around, wherever we may be….they are loyal to us and we are loyal to them. When outside forces can change the relationship, loyalty is absent.
When loyalty is in action, you are bound as tightly to that person when they are away from you as when you are in the same room. Those invisible fibers? They stretch and they never break. When you are loyal they mean that a part of “your person” is always with you….and you’ll protect and defend them as though they are by your side. You won’t allow their character to be maligned, won’t allow lies about them to be spread. You hurt if someone says something hurtful about them and you glow with pride when someone recognizes their worth.
Oh, you don’t have to engage with every small minded person who chooses to speak ill of them. Often that would achieve nothing. But when this happens a loyal person would never agree with that person….or make it appear that they align with them and their opinion. It’s also usually a sign that it is time to leave the toxic cloud and move on. But if it is a situation where others around may get a wrong view of “your person” that hurts their reputation or how other people view them, loyal friends speak up.
Loyalty does not mean you agree with “your person” all of the time, or condone all of their behavior or agree with all of their opinions. It does means that you want the best for them, you want the truth to be told about them, and that you are invested in their success. A loyal friend will always be ready to help someone be their best and tells them their true thoughts and opinions. Loyalty never requires someone to embrace wrong or lie on someone’s behalf. When that occurs, it’s misplaced loyalty.
As Jerry Lewis said, loyal people do not require contracts. Their words are backed with their honor. Want a clue as to whether someone is loyal to you? Watch them closely. It always is revealed in their character, in how they live their lives. Especially when they think you’re not looking. It usually doesn’t require much effort to see their true colors….if they are disloyal to others, they will probably be disloyal to you. Loyalty strengthens as it is exercised. It certainly is most easily revealed when the battle rages, but also there are signs of it in peace. It is a choice, and usually is a life’s commitment.
Look for the “special others” who wear their loyalty well….and hold on tight. But make sure you are giving them the same gift. They deserve it. And if you expect loyalty in others, you need to be willing to exercise it yourself. Get strong. Our world could use more loyalty in action. It’s a beautiful thing.